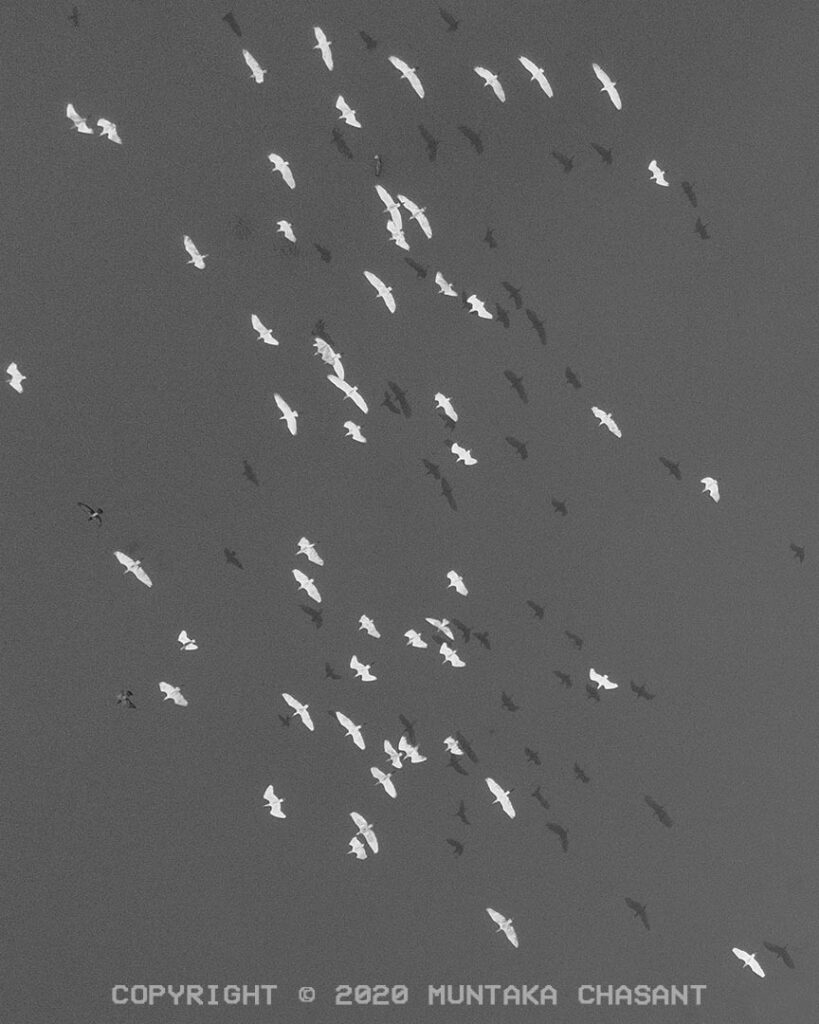 DJI released the Mavic Air 2 in late April 2020, with DPREVIEW calling it the “best all-around drone for most people.”

A lot of reviewers saw its 1/2″ CMOS 12- and 48-megapixels (MP) image sensor, a game-changer for many photographers. Although it was one of its selling points, I have not observed any significant image quality difference between the 12- and 48-MP.

Perhaps DJI is cooking up some useful functions for the 48MP in future firmware updates?

Reviewing it, I found it is worth every penny.

The photographs below with the new DJI Mavic Air 2 are documentary. Visit related links below to learn more.

I have a little obsession with estuaries and their surrounding coastal wetland ecosystems. Below are some estuaries in Ghana and their connecting network of rivers and lagoons with the new DJI Mavic Air 2:

The Korle Lagoon is recognized as one of the most polluted1 water bodies on earth. It links to the Gulf of Guinea, the northeasternmost part of the tropical Atlantic Ocean.

See the article below for the context of the photographs above.

Recently shifted my focus towards highlighting the economic and environmental role the urban poor in Accra, Ghana’s capital city, play in the country’s plastic waste crisis.

But the role the urban poor play in reducing waste and helping to clean up the environment remains unrecognized.

Here is a photograph of this situation shot with the DJI Mavic Air 2:

Below are two videos with some parts shot with the Mavic Air 2:

I will be happy to respond to your comment in the section below.

All photos & text on Muntaka.com are copyrighted. Do not copy or reuse without permission.