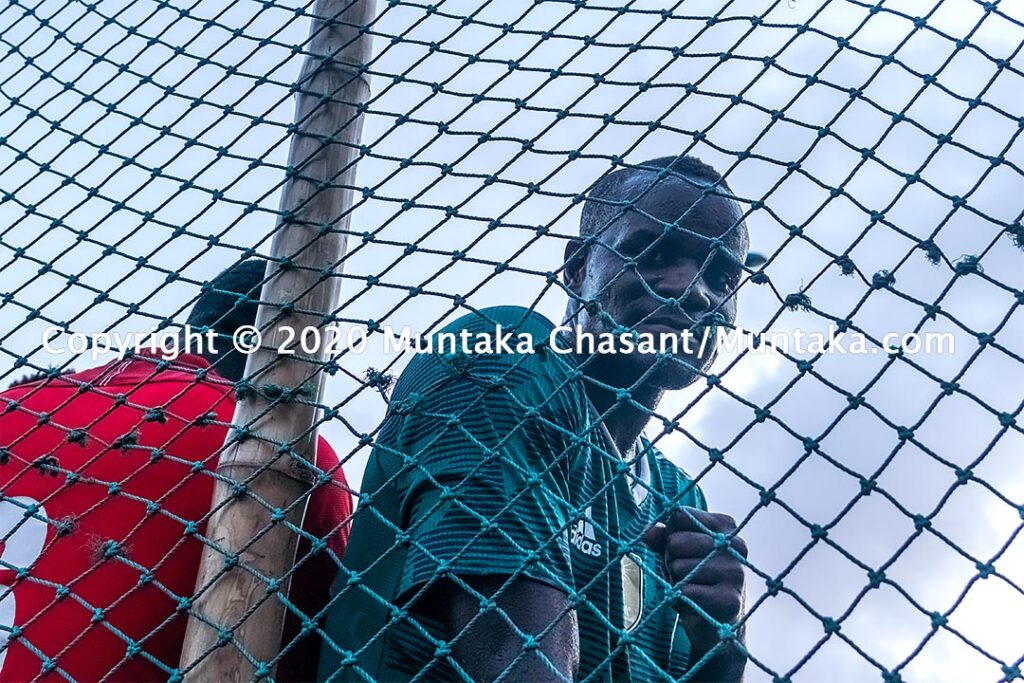 Joshua Clottey has fought many great boxers, including Manny Pacquiao. He is a legend on the streets of Jamestown, where he grew up. See him play street football on concrete with the urban poor.

Joshua Clottey has fought many great boxers, including Manny Pacquiao. He is a legend on the streets of Jamestown, where he grew up. See him play street football on concrete with the urban poor.

Joshua Clottey is a household name in the world of boxing.

A former IBF welterweight champion, Joshua Clottey has scored 41 wins in his career, including 24 knockouts and 5 losses.1

Clottey has played against many multiple-time world champions, including Zab Judah2, Miguel Cotto3 and Manny Pacquiao4 — regarded as one of the greatest professional boxers of all time.

Joshua Clottey is a Legend On the Streets of Jamestown, Accra

Joshua Clottey started in the poor neighborhoods of Accra.

But he’s now a legend on the street — where everyone calls him “champ” (in short for champion).

He went out into the world and made some name for himself. He even made his country proud.

Clottey is listed as being based in Bronx, NY, USA. But he does visit Ghana. And when he does, he loves to play street football on concrete with Jamestown residents, including the urban poor, as a respect for the street.

“I played football before going into boxing,” Said Clottey, when I asked how he felt having fun on the street.

“I’m happy to play among my people,” he added.

This excited me greatly.

The youth trapped in poverty in this urban slum can use some inspiration. In fact, it was the only reason why I pulled out my camera.

A lot of Ghana’s great boxers, including Joshua Clottey, grew up around Jamestown and its adjoining poverty-stricken communities.

Jamestown is one of the low-income areas of Accra, where poverty is endemic.

It is also one of the oldest districts in the city — home to many crumbling colonial buildings.

The area has some of the worst polluted hotspots in the city — including the use of biomass to smoke fish 24/7 and the burning of scrap tires to singe livestock.

I captured the scenes below a few minutes before and after sunset.

For me, Joshua Clottey plays on urban streets to promote inclusion and inspire young people. And I’m a big fan of anyone who looks out for young people in their community.

Young people in Ghana bear the greatest burden of poverty, according to Ghana’s 2020 Multidimensional Poverty index7. Facing multiple deprivations, a lot of them have been forced to the margins of society — to fend for themselves.

More than half of Ghana’s population was born after 19958.

For youth development around Jamestown and the other nearby low-income areas, people such as Charles Quartey, the former national captain of the Black Bombers, deserves a thumbs up.

Charles Quartey — Training the Next Generation of Ghanaian Boxers

Charles Quartey, 45 years old, started the Charles Quartey Foundation to admit the homeless and the urban poor — to shelter, feed, and train them to fight for their lives and honor.

Mr. Quartey was an active amateur boxer between 1990 and 2002. He and Joshua Clottey were teammates at the regional and national level.

“Joshua Clottey is disciplined, and for me, he is one of Ghana’s greatest boxers,” Said Mr. Quartey when I asked about Joshua Clottey.

Mr. Quartey also mentioned Azumah Nelson, Ike Quartey, and Alfred Kotey — all grew up around Jamestown and its adjoining communities — as some of his all-time favorites.

A gold medalist, he captained the Black Bombers, the national team, in the early and late 90s.

Mr. Quartey lived in Queens, New York, USA, where he worked in construction between 2002 and 2012 before returning to Ghana to set up his foundation.

Mr. Quartey added: “A lot of young people around Accra central are trapped in poverty and drugs. I’m happy to shelter, feed, and help them channel their pain and struggles into boxing.”

Below are some of the young people Mr. Quartey is shepherding:

Boxing around the Jamestown area appears to be closely linked with desperate poverty. And seen as a catalyst for upward social mobility.

I’m currently in the middle of an ethnography on boxing, youth, and urban poverty around the Accra area.