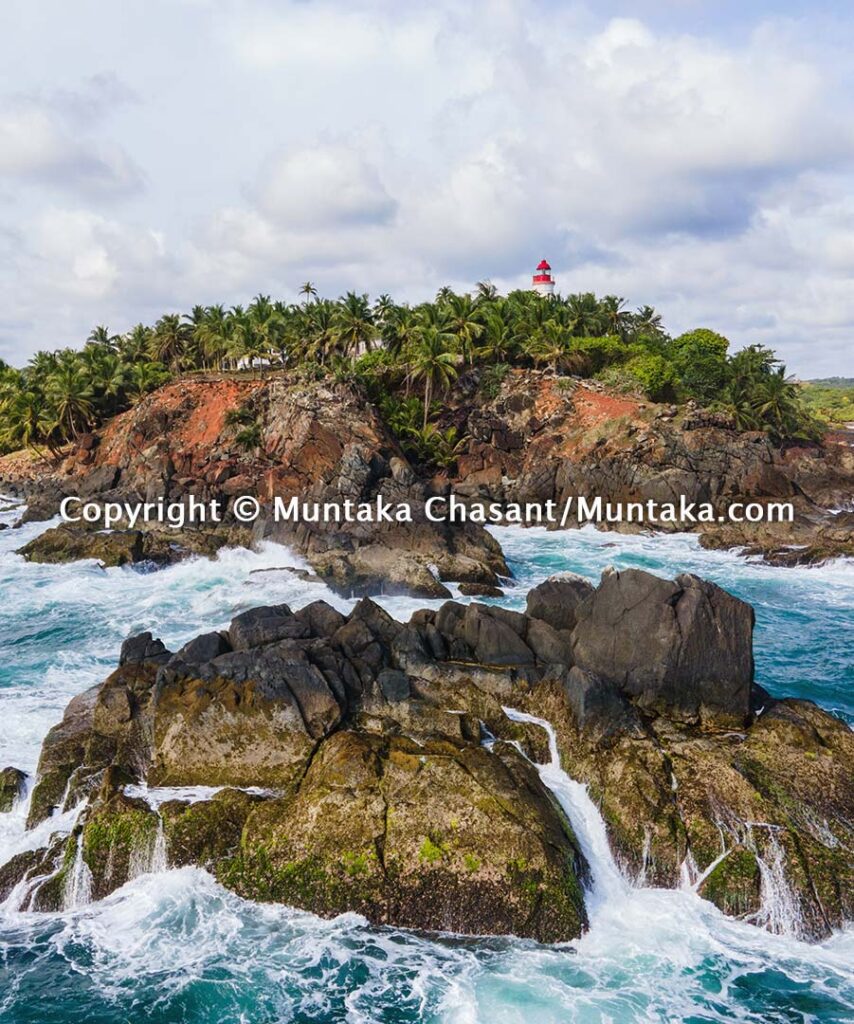 Aerial view of Cape Three Points, the southernmost tip of Ghana and the nearest land to Null Island (at zero degrees latitude and longitude)

Aerial view of Cape Three Points, the southernmost tip of Ghana and the nearest land to Null Island (at zero degrees latitude and longitude)

The Cape Three Points is the southernmost tip of Ghana and located between Akwidaa and Princess Town in the Western Region of Ghana.

Cape Three Points is also the land nearest to the Null Island1 — an imaginary island at 0°N 0°E in the Gulf of Guinea — the point on earth’s surface where the equator meets the prime meridian.

At nearby doing research, I grabbed some aerial shots of the area.

The nearness of Cape Three Points to the non-place Null Island is intriguing.

The Road to Cape Three Points

It takes roughly an hour to Cape Three Points from Agona Nkwanta via the Elobankatah Rd and the Akwidaa Newtown Rd through dense forests on rough dirt roads.

Hope it doesn’t rain when you do use this road!

All photos & text on Muntaka.com are copyrighted. Do not copy or reuse without permission.
We use cookies to ensure that we give you the best experience on our website. If you continue to use this site we will assume that you are happy with it.Ok